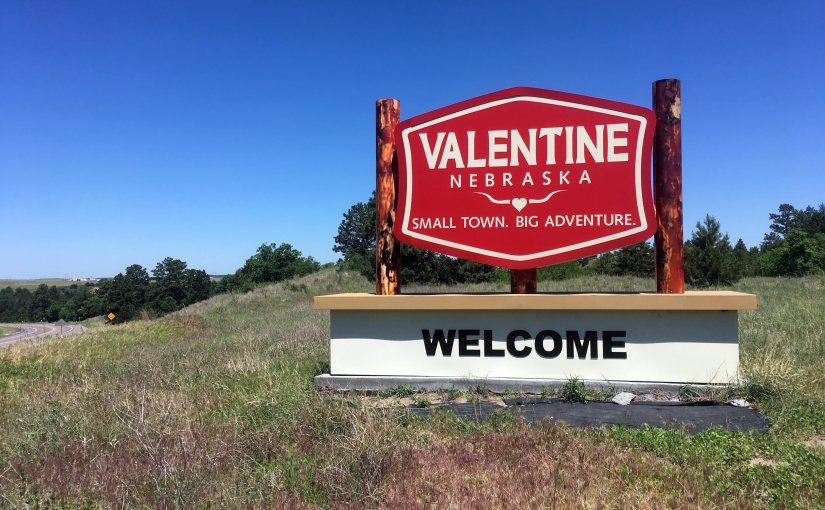 Hi all! It’s been another busy week here in Nebraska.  I had two fun days off; well except for the eye appointment I had. As I let all my Facebook friends know I had some trouble with my right eye. I apparently scratched it at some point. Did you know that the material in your eye is similar to skin and when it is scratched it also scabs over?

I didn’t. I wore my contacts.

Guess what happens when you wear your contacts all day and take them out when you have a scratch?

Pain, a lot of cussing, followed by hours of swelling, irritation, and borderline insanity. Talk about a fun Friday night. The contact acts like a band-aid and once the scab has fused to the contact you rip the the scab off when you take out the contact. Unlike the band-aid and regular scab, it hurts for hours and you think you’re going blind. Or that that spoon you used for ice cream looks like a excellent way to remove the eye…

Luckily, I’m fine and wearing my glasses until the eye finishes healing up. I think I’m going to invest in Lasik after this go around though. Tomorrow on my next day off (Tuesday) I’m heading back to the eye doctor. Fingers crossed my eye has healed up!

Anyways, that little trip to North Platte was fun, other than the stop into the eye doctor. On my “Sunday,” and everyone else’s Tuesday, I got in a little training on the Cowboy Trail. It was hot- good practice for Badlands.

I had a hiking buddy for this little jaunt, my best friend on four legs, Princess! She loves getting out and about- but doesn’t like 100 degree heat. I do not blame her in the slightest.  We keep the hike a short one, only about a mile and a half. I could have kept going but Princess was trying to swim in her water dish. A 70-pound lab mix trying to swim in a five inch collapsible bowl is adorable to watch.

I probably won’t take her on high heat training days from now on, unless it’s under a mile or along the river.

This particular hike is over the river, the Niobrara River, in case you were wondering. We parked at the little trail head and started out. For the most part there is no elevation gain or lost (to me, but I’m also from Missouri and still think Nebraska doesn’t have real hills), along this little section of the trail. On the way back there is a slight incline from the bridge to the parking lot; usually I only notice it though if I’m carrying a pack to prep for the arduous Wildland Firefighter test.

This is similar to many of the trails I’ll be tackling at Badlands- the Castle Trail for example, the one myself and friends fondly refer to as the “trek to Mordor.” We decided to hike it a few years ago, in August, midday, with only a few water-bottles between us.  Ten miles. We assumed there would be water at the Fossil Exhibit Trail head, we were wrong. Yeah, we weren’t that bright. We did survive- I now take more water than one person should be able to drink whenever I go to Badlands. Since it’s only a couple of hours from where I live now, I should be going up there more than once every few months.

Anyways, back to the Cowboy Trail. The Cowboy Trail, if it’s ever completed, will be the longest Rails to Trails unit. It crosses the Niobrara, near Valentine, NE. The bridge is amazing and has been featured in a lot of publications, video footage, and photos from the area. For more information check out these websites:

In fact the photo header for the Trail Link website is the bridge I’m talking about.

The walk we took, I like I said was a short one. It only lasted about an hour, about ten minutes of that was Princess and I sitting in the shade. We spent it trying to empty my water bottle- mainly over Princess.

I’ve walked over it several times in the last four and a half years that I’ve been living in Nebraska. It’s one of the amazing highlights of the Niobrara River Valley in my opinion. I decided to highlight the actual river in a future post (I’ll be doing a overnight floating trip soon). Sadly, it will not focus as much on backpacking or hiking since public land is limited and the hiking trails are usually under a mile.

Next practice hike on the agenda for my upcoming “weekend”- a trip to the Fort Niobrara National Wildlife Refuge, Princess will attend because she can hop in the river!